Thanks to further market share gains in a strong economic environment, Bossard Group recorded sales of CHF 995.1 million in 2021 (around €950.37 million) – the previous year was CHF 812.8 million. This corresponds to organic growth of 21.1%, with currency effects and acquisitions having a positive impact.

All regions performed well in the fourth quarter, even though the high basis effect of the prior year was clearly felt in America. Bossard Group’s fourth quarter sales increased by 17.9% to CHF 250.8 million (2020: CHF 212.8 million).

The growth of Bossard Group that began with the broad-based economic upturn in the fourth quarter of 2020 continued into the fourth quarter of 2021. At the same time, Europe and Asia recorded impressive double-digit growth rates. However, the rising Covid-19 infection rates in various market regions continued to foster uncertainty. Simultaneously strong global demand also continued to strain the situation on the procurement market, resulting in further price increases and longer delivery times. In addition to Bossard’s sustained delivery capability, the Group also benefited from further expansion of its market position.

In Europe, Bossard recorded fourth quarter sales growth of 19.7% to CHF 140.1 million (in local currency: +21%), accounting for a significant share of the improved results. Among other things, newly won customer projects in the focus markets of railway and medical technology helped sustain positive demand. In addition, the aerospace segment stabilised appreciably, and newly won framework agreements pushed growth rates in the second half of the year into the double-digit range. The acquisition of Dutch company Jeveka B.V, consolidated since 1st October 2021, contributed to the gratifying sales performance.

Fourth quarter sales in America increased by 4.7% to CHF 55.9 million (in local currency: +3.2%). Notwithstanding the high comparative base in the same quarter of the prior year, business continued to perform well in the electromobility sector and others due to continued diversification of the customer base. The completion of several exciting projects helped Bossard solidify new long-term customer relationships.

In Asia, sales grew by 29.2% to CHF 54.8 million in the fourth quarter (in local currency: +26.0%), making it the fifth quarter in a row of double-digit growth rates in local currency. On the one hand, the Group benefited from the investments made in the expansion and modernisation of Bossard’s infrastructure over the last few years. On the other hand, the growth initiatives in the robotics and electronics segments spurred welcome growth in the project pipeline and gains in market share. 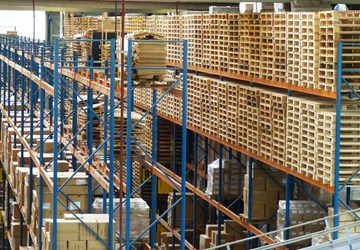 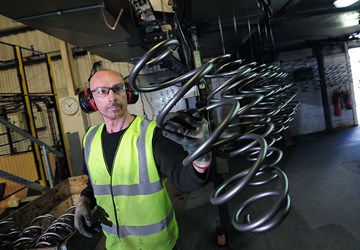