Anchors for the tallest statue in the world 05 March 2019

It holds its head high and is setting new standards: India’s ‘Statue of Unity’ towers above all other statues in the world at 182m – using numerous steel and chemical anchors and other solutions by the fixing specialist fischer.

The ‘Statue of Unity’ is approximately twice as tall as the Statue of Liberty in New York City. The structure, which took three and a half years to complete, is located near the city of Vadodara, in the westernmost Indian state of Gujarat. It is dedicated to Sardar Vallabhbhai Patel, a statesman from Gujarat who played a leading role in India’s fight for independence. He was celebrated as the ‘Iron Man of India’ due to his role as an activist against the British colonial power and the subsequent founding of the state in 1947.

The project’s dimensions are enormous. Including its pedestal, the statue towers 240m above ground and occupies an area of over two hectares surrounded by a twelve square kilometre artificial lake. The site is equipped with modern traffic infrastructure, which includes a highway, an improved railway system and helipads. There are also plans for the construction of 7-star hotels and further infrastructure measures. The construction consists of two reinforced concrete cylinders at the core surrounded by a steel skeleton. The exterior is clad with 8mm thick bronze plates. As contractors, the engineering firm Larsen & Toubro and the construction firm Turner relied on numerous fischer fixing products.

“We earned the trust of the project managers through product demonstrations, technical seminars, tension tests and on-site training sessions,” Prakash Tripathi, managing director of fischer India, summarises. “We were therefore able to demonstrate the benefits of our products and services on the construction site.”

The fischer bolt anchor FAZ II was used for the project. The anchor demonstrates high-tensile and shear load capacities in concrete and is a safe anchoring solution under seismic strain. Its variable anchoring depth in the sizes M8 to M16 allowed it to be adapted with millimetre precision to the respective load requirements during the installation of pipes, façade elements and many other applications. The constructers of the statue also relied on the injection mortar fischer FIS V and its corresponding system components. The high performance, styrene-free vinylester hybrid mortar proved itself through its broad field of applications.

The fischer injection mortar FIS EM also provided valuable services alongside the FIS V. The high grade epoxy resin mortar scores points with its high load bearing capacity in concrete and its suitability for use in areas at risk of earthquakes. Decision makers were also convinced by the ICC approval of the bolt anchor FAZ II, as well as of the FIS V and FIS EM Plus injection mortars, which is required in the USA and countries in the Far East.

Further fischer fixing solutions contributed to the construction of the super statue. The FireStop fire prevention system was among the systems used, as were fischer installation systems. The frame fixings SXR and FUS and the render fixings were also used. 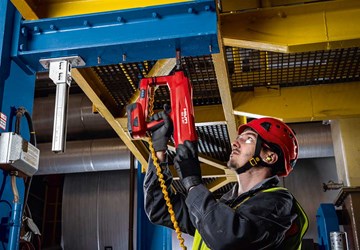 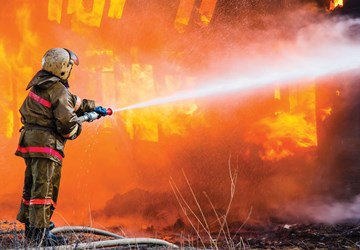