In Issue 123 (May 2020) of Fastener + Fixing Magazine I penned an article titled: ‘Design engineers and fasteners’1 in which I asked the question: “Where will the designers of tomorrow learn about fasteners?”

A simple scan of Fastener + Fixing Magazine, will instantly reveal a potential mind-numbing plethora of fastener types, designs and range of applications. Naturally, these cover every sector of human life from communication and construction, to transport and manufacture. However, as would be quickly recognised, fasteners are rarely sectorial.

A good idea used for one purpose can readily be identified as such and used in another. Enter virtually any domestic garden shed and somewhere you will be almost guaranteed to find a box, jar or pot which contains a collection of different fasteners – nails, tacks, wood screws, nuts/bolts, clips, etc – each awaiting their day in the sun when something needs repairing, joining or whatever else. The question we might justifiably ask is ‘How is it that so many potentially multifunctional items come to be designed in the first place?’

Whilst you are reading this, just consider what it might be like if all the fasteners in the world simply disappeared. What situation would you find yourself in right now? Nothing assembled, nothing manufactured, only a cave for shelter and perhaps fruit to eat? Of course, you could always decorate the inside of your cave with hand painting or crude representations of the natural world but survival would probably come first.

It would be a fascinating exercise to plot the story of human development through the devices that have been made to fasten things together. Such a timeline would naturally include tools, weapons, domestic and agricultural items. Initially these would only involve natural materials, wood, stone, fibres etc, and later, manufactured materials and their products.

As with today’s social media, in the past, when populations grew and the means of communication/travel expanded, so did the sharing of information. At the core of this expansion are fasteners without which, progress to the world of today would have been utterly impossible.

In an age when being ‘green’ is rolled out across the planet, it is interesting to reflect on how ‘green’ can be harvested. It is in the energy from the sun, the wind, the sea but other than in geothermal springs, there has not yet been any serendipitous discovery that has provided humans with access to its constant use. In fact, the only way in which humans have made progress in anything has been through the deliberate and conscious application to problem solving. As the old saying goes: ‘Necessity is the mother of invention’, therefore to make progress, we must first identify the need. 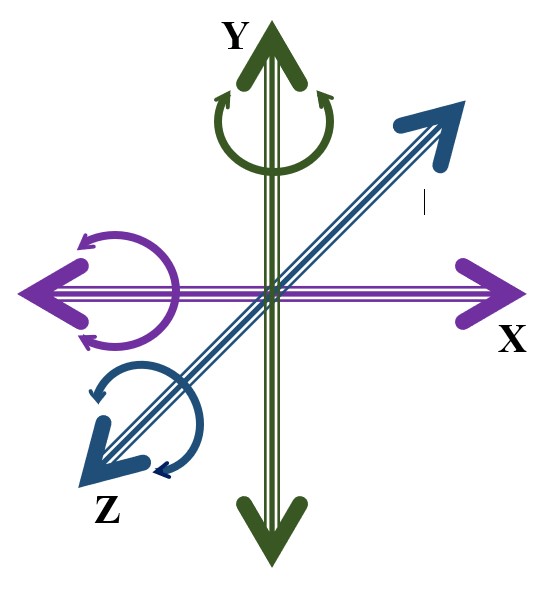 Despite the philosopher’s question, ‘when is a chair not a chair’, or the mathematician’s delight in a universe of multiple dimensions, today, we can still only move in three directions. Up, down, forward and back, side to side. Or in technical terms, movement along the Cartesian axes of x, y and z. These three movements along the perpendicular axes can be accompanied by three rotations about these axes producing six in total. In short, as shown, these are the ‘six degrees of freedom’, which define the physical space for all movement.

These simple translations and rotations form the basis for all engineering design. If you want a machine system to move a body (workpiece, package, whatever) along x and y then to rotate about z, this means you will need to prevent translation along z and rotation around x and y. Machine tools, surface tables, and an all manner of devices use designs based on this principle to allow or restrict motion.

In exactly the same way, fastening systems must also be designed to restrict or allow movement as the design dictates. Moreover, in the case of all fastening devices, the nature of the loading (tensile, compressive, shear) and its application (direct, constant, intermittent) must also be considered.

The action of fastening two or more items together brings to mind the concept of tying, screwing, nailing, gluing and welding to name but a few. In all these situations the mental image is of an assembled item, which is secured from movement. And yet, huge numbers of individual items that are fastened together can only function if they allow movement.

The simplest cases are pivots, which prevent movement in some directions but not in others. Scissors, gimbals and goniometers are three examples of increasingly complex rotation. Likewise, in the case of translation along axes, a spring loaded pin, a scotch yoke and a combination of these could provide well known examples. In short all bearings and moving parts can only function to achieve their design intent, if they are prevented from motion (fastened) along or around other axes.

As Newton stated in his third law of motion: ‘For every action there is an equal and opposite reaction’. Geometry, gravity and friction are often cooperating bedfellows in preventing movement. Examples of the use of geometry are found and widely used everywhere. A ball in a cone, a key in a slot, a vee section in a slideway, etc. The mass of an object plus its frictional characteristics with the surface, which supports it are undoubtable factors, provided the action of the applied load is in the design direction. Tilt, or rotate the object, and the influence of gravity and the effect of friction may be very different.

The movement of a railway train is a good example. The mass keeps the wheels on the rails and the profiles of the wheels and rails ensure that it cannot slide off. This situation is somewhat different on a wild ride rollercoaster where the thrill seeking designers include the sort of motion derived ‘G’ forces that some folks spend large sums of money to ‘endure’. The Maglev trains require huge energy sources to enable them to transcend the influence of gravity and negate that of friction, but it still needs to ensure it stays on the tracks.

So, where should fastener design begin? Clearly, function is what is being sought but before that can be achieved, the initial question must be, what are the forces it must resist? A simple example in using a circular, multi tooth milling cutter would be, is the cutting action up or down? Up cutting would naturally apply forces, which would try to lift the workpiece off the table; down cutting would have the force passing into the table and, of course, allow for heavier cuts. Whatever the action, the workholding method must be capable of ensuring the workpiece is secure under conditions of intermittent loading.

So, step one – know the loading conditions to be experienced and include an excess factor (factor of safety).

As in any situation, the reaction will be equal to the force that caused it. Place a heavy object on a non-resistant surface and it will sink. Attach a fastener to a surface that is unable to take the applied load and it will fail.

Step two – make sure the object to which the fastener is being applied is capable of achieving the intended function.

Ignoring permanent joints obtained by welding, gluing, etc, those achieved by individual fasteners (for example, rivets) offer interesting options. The resulting tightness of the joint can provide a bearing function for example on slideways and lever systems (scissors) or as permanent joints using both through hole or self piercing rivets.

Alternatively, non-permanent fasteners can be applied in almost all situations using through holes, blind holes, grooves, slots and many combinations using both geometry and friction to obtain the desired function. The major restriction for use of individual fasteners is access.

Step three – ensure there is sufficient space around and access to the area where the fastener is to be used in order for it to function as designed. Also ensure that it can be inserted/removed without compromise.

In the one billion years there has been life on earth, nature has been continuously trialling different biological and chemical ways to join stuff. We have been doing it with design intent for at best a few thousand years.

Progress comes about through the linkage of circumstance to need. The Covid-19 virus apart, our current need is based around supply chains, population growth and climate change. For us, choice is everywhere (assuming normal times) and given this, some way of making a rational decision is the sensible way forward.

In the selection of fasteners, given there are so many options, a simple Decision Matrix listing the fastener requirements against the available choices and applying a simple weighting of 0 to 10 say, would be a useful method of assessment.

As the golfing pro responded to a cry of ‘lucky’ when he holed his bunker shot, “it amazes me that, the more I practice the luckier I seem to get”.

This is clearly true in all walks of life and particularly true for those wishing to use fasteners in their designs. A first class design would satisfy the function, the assembly/cost demand, provide a full in service product life and allow for audited, cost-effective end of life disposal. Almost as easy as holing a bunker shot? 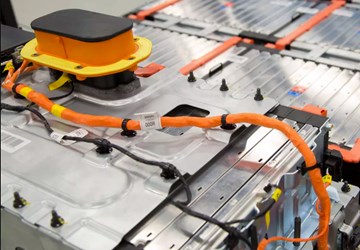 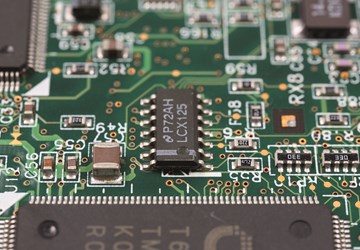 Why use SEMS in the electronics industry? 12 April 2021
More
Application Technology