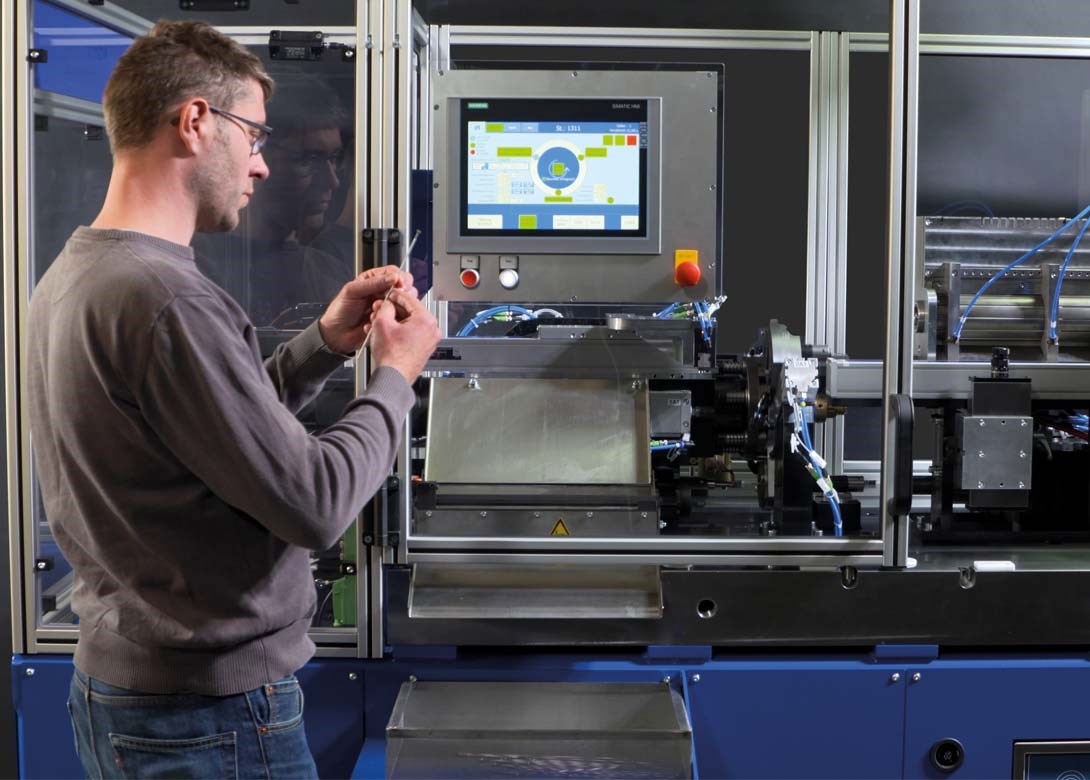 Special machine manufacturer Krott & Heuter GmbH has developed a new Type ZKSTA series of machines for the hot upsetting of fasteners such as screws, bolts, heads, and pins, which have passed trials at a renowned manufacturer of punches and ejector pins.

The centrepiece of these machines is a specially developed three sector star die, which chronologically separates the insertion, heating up, heading, cooling and discharge operations from each other, enabling the machine to reduce heading cycle times by up to 30%.

Up to now, it has been customary to use dies with two opposing mountings for the hot heading of fasteners such as screws and bolts, as well as ejector pins for mould making and perforating pins and needles. Previously, a new pin was inserted in the upper position while the pin in the lower position was being headed. The die was then turned through 180°, the pin cooled down and then discharged.

Insertion, cooling and discharge all took place in the same mounting, with the result that the sum of these operations determined the cycle time. The consequence, it was necessary to wait for sufficient cooling, particularly in the case of thick material, despite the fact that heating up and heading had long since been completed.

The ZKSTA series of automatic heading machines feature a newly developed star die with three separately cooled mountings arranged in a star configuration. While a finished pin is being removed from the first position and a new one inserted, another pin is being inductively heated and upset simultaneously in the second position. In the third position, the pin is cooling. The star rotates by 120° to the next position after each cycle. The process that determines cycle time is now heating up, and there is no longer any need to wait through the unproductive cooling phase.

Users report that they have been able to boost the output of production lines by up to 30% thanks to the separation of heading, cooling and discharge. 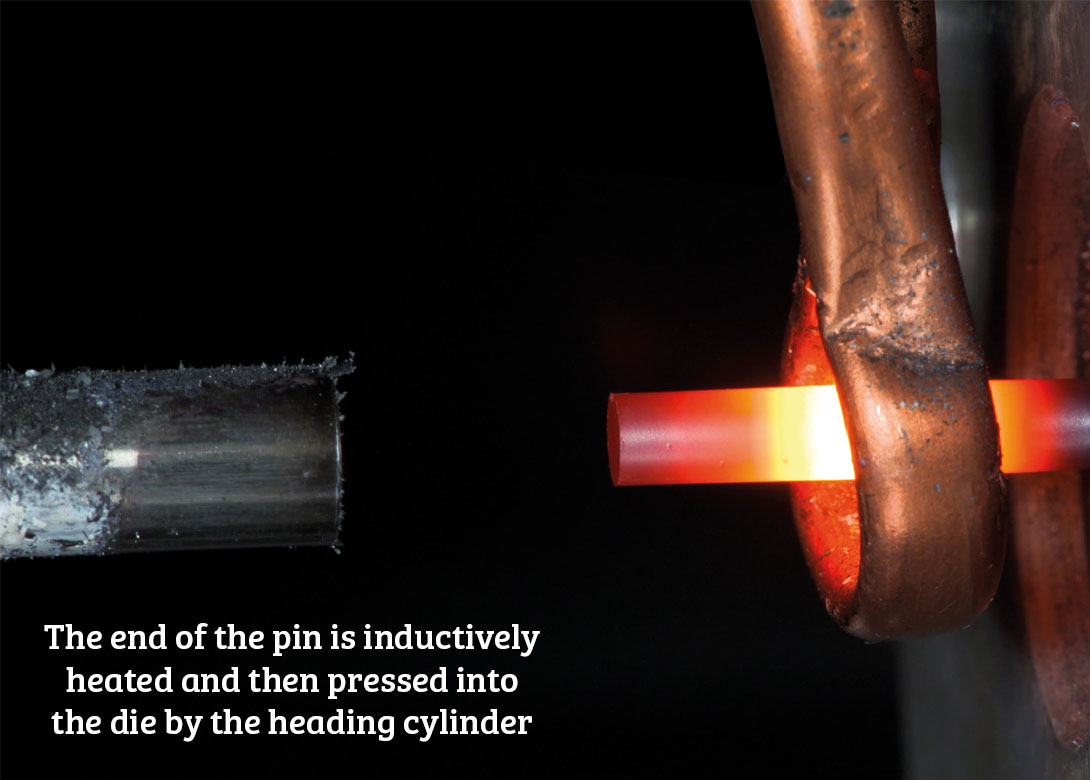 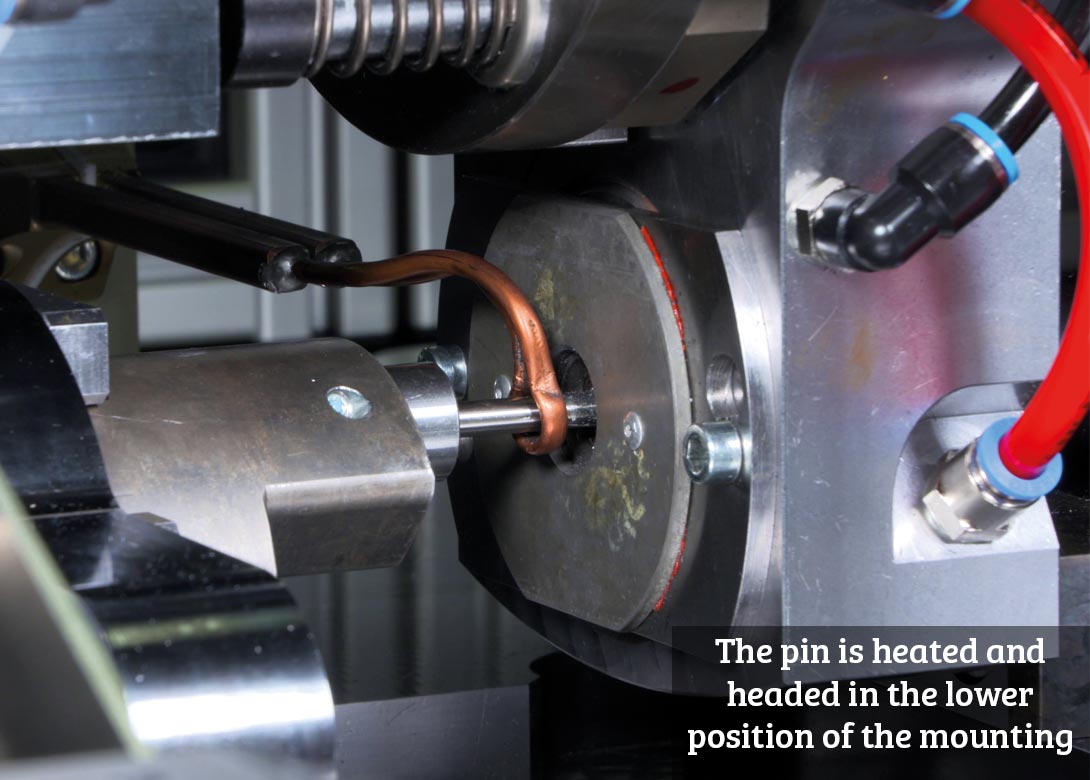 The ZKSTA machine upsets pins of diameters between 2mm and 8mm with an upsetting force of up to 200kN, although significantly larger dimensions and upsetting forces, of up to 1,000kN are also possible. The machine’s high-level of precision also permits the production of fastener heads with special geometries, such as types bevelled on one side, for example, or pins featuring various special head shapes. The automated machine can also be used for cold upsetting of softer materials, such as structural steel, aluminium or brass.

The pins are automatically inserted, measured and upset to the precise final head dimension by means of a servo-controlled stop plate, resulting in every individual head completely filled.

The servo-hydraulically actuated upsetting cylinder can be operated power controlled or deformation controlled. Unlike conventional systems, which require large quantities of hydraulic fluid, the new system does not include any external fluid supply. There is also no separate tank for hydraulic fluid, and the machine therefore has a footprint of only around 1m × 3m.

These heading units have maintenance intervals of around 20,000 operating hours. Technically, they are automatic upsetting machines and are thus not subject to European mechanical and hydraulic press legislation. 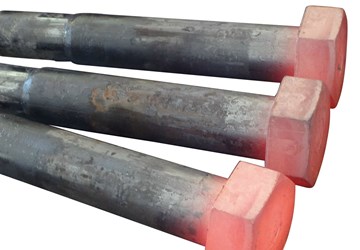 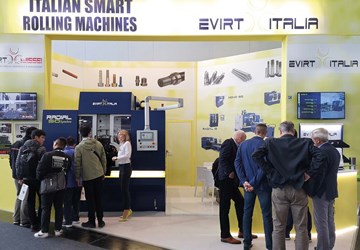