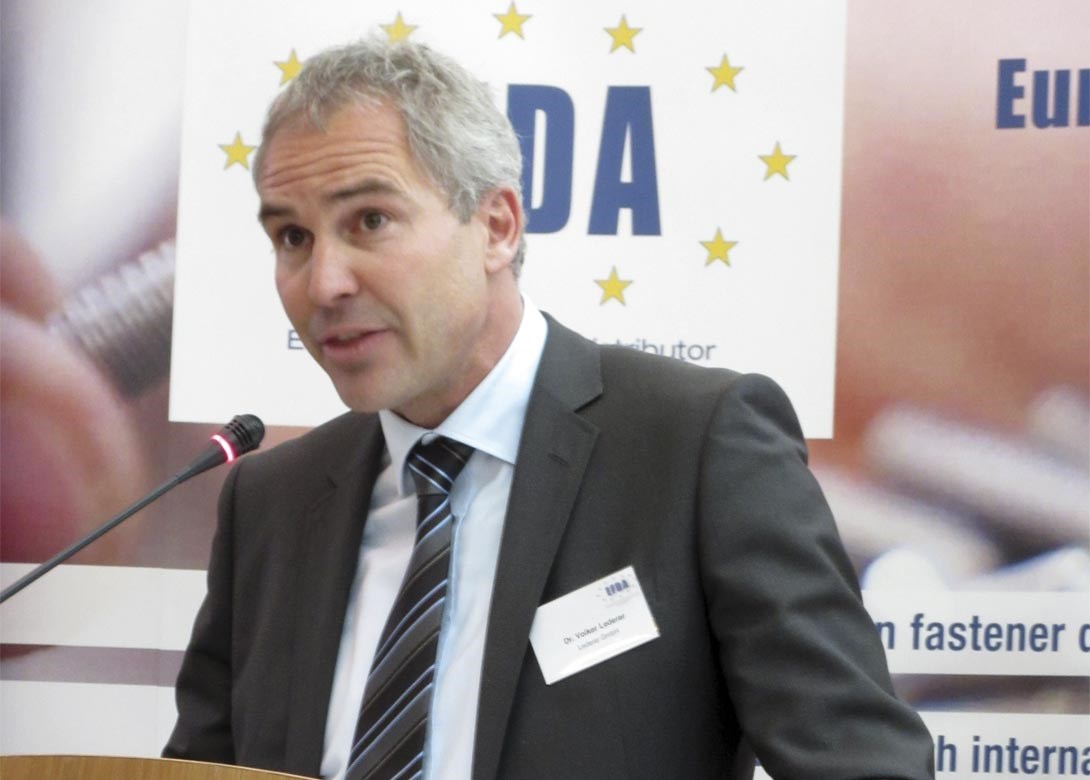 The European Fastener Distributors’ Association staged its fifth triennial conference in Berlin this April. Phil Matten was there and reports on a well supported and exceptionally well organised event.

For Volker Lederer, now in his third year of presidency, and for Alexander Kolodzik, appointed general secretary in 2014, this was the first EFDA conference as organisers. It certainly did not show and together they demonstrated a virtuoso organisational performance.
Pictured above Dr Volker Lederer, EFDA president
The Grand Hyatt Berlin provided a comfortable venue to bring together representatives from the national fastener associations, as well as speakers, guests and prospective members of the recently formed MEFDA group. Joining delegates from the German Fachverband des Schrauben-Großhandels was an unprecedentedly strong contingent from the UK and Ireland’s BIAFD; as well as representatives from Dutch Association, NEVIB; France’s PRISMEFIX and Spain’s ADEFI. In total more than 90 delegates attended the afternoon conference and some 130 people enjoyed the ‘Festive Dinner’ in the evening.
International affairs and trade defence dominated the formal business of the conference. A battery of authoritative speakers was led by Knut Brünjes, deputy director general for external trade policy of the German Federal Ministry for Economic Affairs and Energy, updating the conference on the negotiations for TTIP – the Transatlantic Trade Investment Partnership.
John Lonergan, deputy head of the unit responsible for anti-circumvention at the European Commission’s Trade Directorate General discussed the modernisation of the EU’s trade defence instruments. Aimed at updating mechanisms largely unchanged since 1995 the Commission launched its modernisation plans in April 2013, with the intention “there would be something in it for everybody”. Radical and largely protectionist amendments by the European Parliament, which reversed a generally progressive set of proposals from the INTA committee have, however, led to an impasse with the European Council unwilling to approve the revised proposal, elements of which, Mr Lonergan hinted, were in practice unworkable for the Commission. The future of the process is now dependent on whether a future presidency of the Council invests the necessary impetus to achieve a compromise agreement.
Mr Lonergan continued by exploring measures designed to curtail circumvention, a major concern now for both European distributors and manufacturers. “China is a problem” in relation to circumvention, Mr Lonergan acknowledged, with transhipment via a third country a classic response to EU trade measures. He told the conference there was currently, “no ongoing investigation on circumvention via Taiwan on fasteners” but made no reference to individual customs actions based on OLAF investigations, which are known to have occurred recently. Overall Mr Lonergan was emphatic about the advantages, particularly for SMEs and their representatives, of engaging with the European Commission on trade defence issues. “It’s no good complaining after the event,” he noted. “You need to participate.” 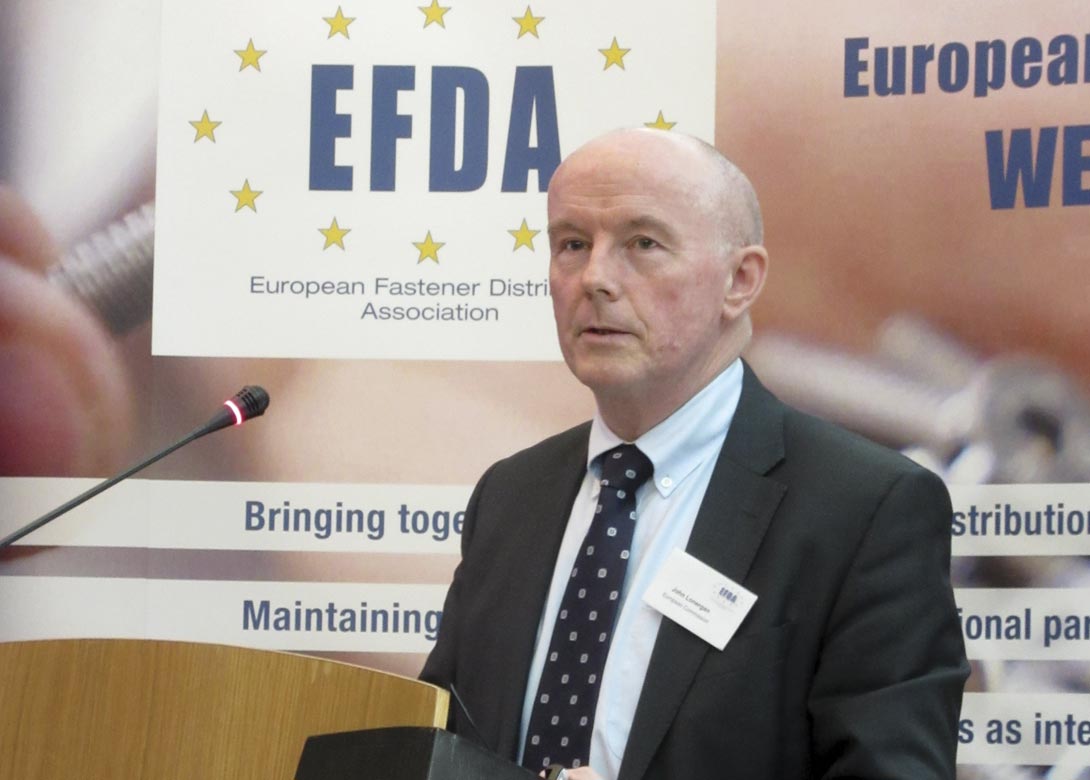 Ending the first session, Anders Karlsson, president of the European Industrial Fasteners Institute, wondered whether he should cast himself as the “black sheep” amongst the assembly, acknowledging that the further period of anti-dumping duties on fasteners from China had been instigated by an EIFI request for the expiry review. Characteristically forthright, though, he added: “But I don’t feel it’s like that. It has been a fair game from the Commission.” He continued: “Now it is there and we have another five years… I can agree with some of the comments made here about the duty levels but the expiry review did not allow for any reassessment of them.” He admitted personal surprise at discovering this limitation in the expiry review, particularly since at the end of the current term of measures “the industry would be living with decisions based on conditions that were 13 or 14 years old”. That, he reflected, was “maybe a weakness in our legal system”.
Anders Karlsson, though, robustly challenged delegates on their responsibilities under ISO quality systems to ensure traceability of the products saying: “You should know where your products are coming from,” only marginally ameliorating the impact by adding wryly, ”OK, I am cheeky now, but it is true.” Circumvention he continued was a real problem, but he likened the situation to a speed limit saying: ”If you are speeding and are caught you have to pay – circumvention works the same way.”
Turning away from the contention of trade defence Anders Karlsson highlighted the accelerated globalisation of fastener company ownership, noticeably within the last 18 months, as one of a number of significant trends in the industry. “Size does matter,” he continued. “We are going to see bigger and bigger companies to take advantage of economies of scale.” Another prevalent trend is towards greater specialisation as a way for some companies to succeed against the increased scale of competitors. Nevertheless he also saw a continued trend of small entrepreneurs entering the market, particularly in eastern Europe.
“What can EFDA and EIFI do together?” he asked. “We have a big line between us”, referring to trade defence, but “should we not continue to talk?” 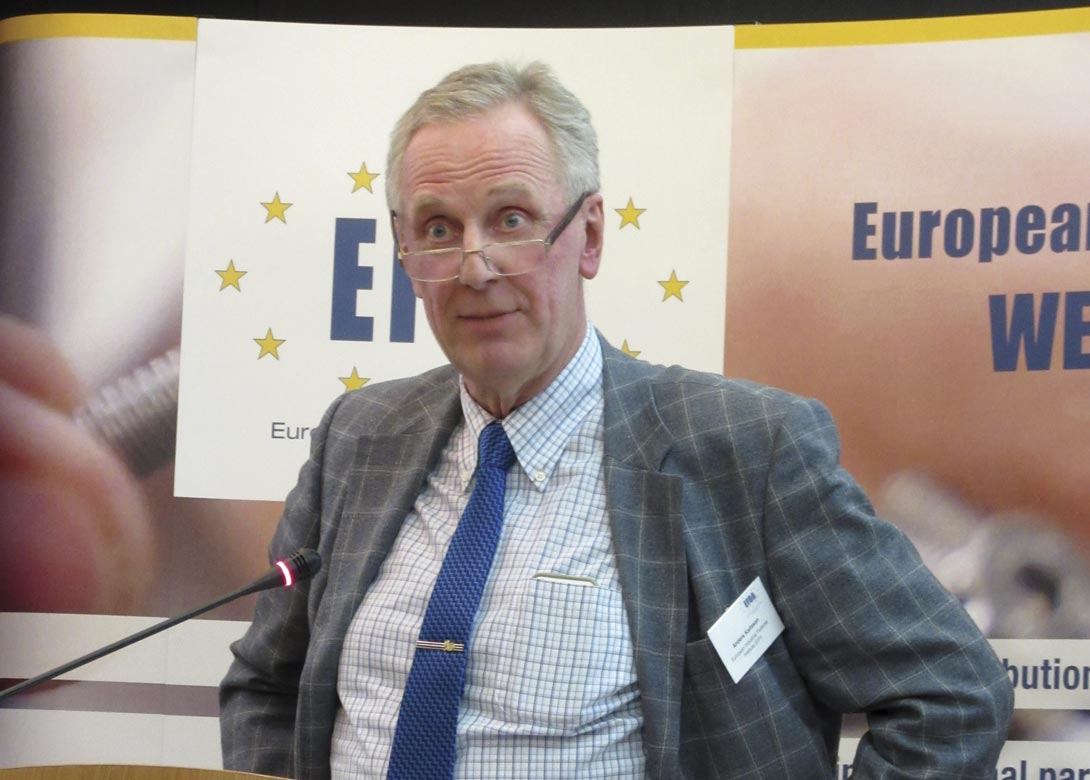 Anders Karlsson, EIFI president
“Myself, I hate when people talk about the ‘simple screw’. We should promote our industry at every chance we have. This is an interesting industry. We have 50,000 people in European fastener manufacturing; you have probably the same number in distribution. Yes, we compete against each other sometimes but I see more similarities between us than I see differences.”
The second half of the conference reflected a longstanding strength of EFDA, on which the current president has further built, namely its relationships with associations in the United States and in Taiwan.
Kevin Reidl, the immediate past president of the National Fastener Distributors Association, gave a perceptive ‘Overview of the US economy and the US fastener industry’. He noted NFDA had strengthened partnerships with regional associations in North America. He also described NFDA’s success in supporting the development of younger professionals in the US fastener industry. Amongst other key initiatives he credited these developments as contributors to the two years of growth experienced by the the NFDA. “The future of our organisation is very strong” he emphasised.
Turning to trends in the US fastener market Mr Reidl noted continued strong growth in the US automotive sector but said the construction sector had been significantly slower to recover from the financial crisis and was “still nowhere near 2007/2008” – with activity likely to slow later in 2015 before returning to growth. Industrial machinery orders were also expected to soften in 2015. Defence spending, although not impacted in 2007/2008 had subsequently slowed and its fortunes were dependent on the future US administration. Aerospace in contrast was experiencing strong growth but also rapid and significant consolidation. The oil and gas sector had definitely slowed as a result of the current oversupply position, particularly hitting fastener businesses in key states such as Texas, Oklahoma, and on the Gulf of Mexico.
Echoing Anders Karlsson’s comments, Kevin Reidl also noted accelerating globalisation in the fastener industry. He commented on widespread ‘lean’ initiatives as US fastener companies built greater efficiency into the supply chain and tightened working capital and inventory control. “Consolidation will accelerate,” Kevin Reidl concluded, in the fastener industry and also in the industrial sector overall, because capital was currently cheap and readily available.
Following Kevin Reidl were a series of shorter presentations by EFDA guests from Taiwan. Bill Chen and Ivan Lin, respectively president and chairman of the International Committee of the Taiwan Fastener Trading Association, presented a report on the ‘Current status of the Taiwanese fastener industry’. They described the membership of the TFTA, two-thirds of which are fastener manufacturers, the balance being exporters and service providers. Taiwan’s 2014 fastener exports totalled some 1.6 million tonnes, valued at US$4.25 million (3.8 million euros) – representing 10% year-on-year growth. Ivan Lin noted that while raw material prices for fastener producers had fallen, tighter environmental controls had driven up the cost of plating.
Joe Chen, former chairman of the Taiwan Industrial Fastener Institute, concentrated on “Why we are special”, explaining that 90% of Taiwan’s fastener output was exported making it the world’s fourth largest fastener exporter. “We must maintain our competitive advantage in the international market in order to survive,” he said. Newly released Quarter 1 data showed exports continuing to grow robustly, with a 5% increase over Q1 2014. Comparing Taiwan’s fastener industry with that of China, he believed data from the China Fastener Industry Association underestimated export volumes from the mainland. Mr Chen was emphatic that the Taiwanese fastener industry was constantly improving both its quality and reliability through strong levels of investment. “We have proven that Taiwan’s fastener industry is different from that of China.”
Mr Chen also emphasised the importance of Taiwan’s ‘cluster’ approach. More than 1,000 factories were located in a 30 square kilometre area, with all the support services, including steel supply, tooling, plating and machine suppliers, close by.
Returning to the vexed issue of circumvention Yuan-Guei Ho, from the Taiwanese Ministry of Economic Affairs, outlined actions taken by Taiwanese authorities to tighten procedures for the issue of certificates of origin, emphasising serious penalties that could be applied to both exporters and issuing agencies in the event of abuse. Concluding, Mr Ho stressed that Taiwan had an “open door” to EU custom authorities to cooperate in the eradication of circumvention activity. 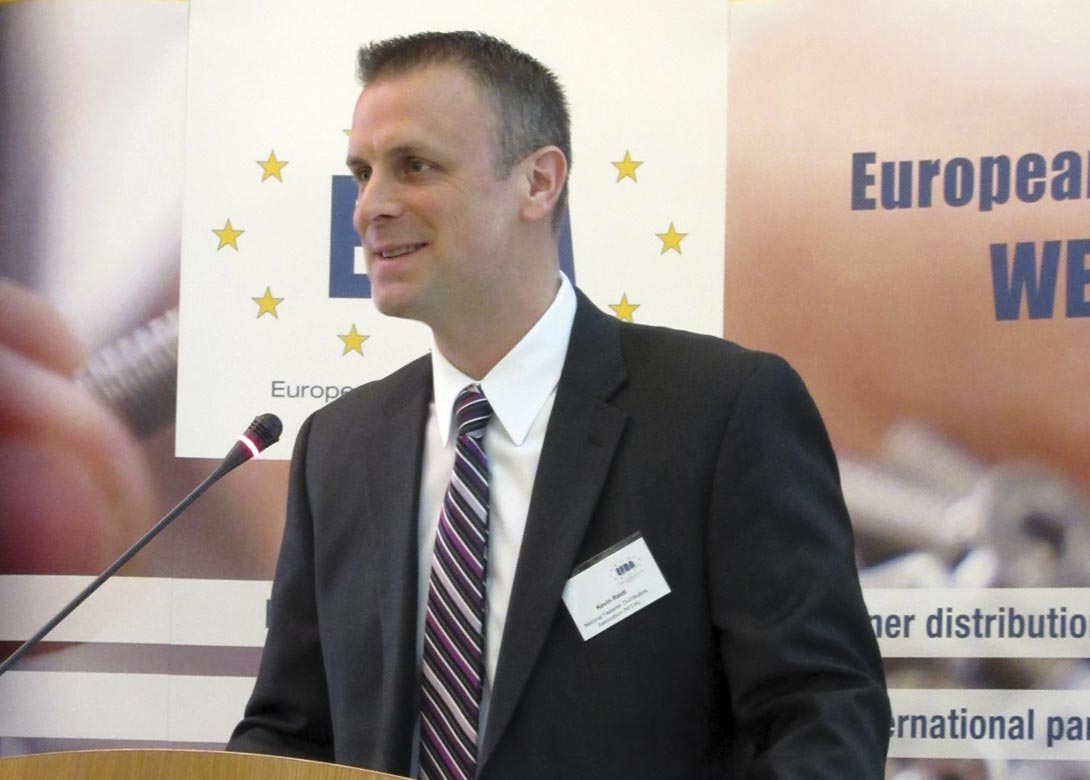 The final speaker in an intensive afternoon was Byron Maniatis, of Jones Day, a Brussels legal practice specialising in trade defence issues. He also spoke on ‘Anti-dumping and anti-circumvention on fasteners’. Mr Maniatis revealed that China had lodged a request for an interim review (the only mechanism by which the level of anti-dumping tariffs might be varied) but the European Commission had found the request was not supported with sufficient information. In 2014 China also lodged compliance proceedings with the World Trade Organisation claiming the EU had not fulfilled its obligations following the 2011 WTO panel ruling. A WTO ruling will be issued to the parties in the dispute shortly, although not released generally until at least May. China appeared to be waiting for this outcome before considering its position on the interim review. Mr Maniatis also noted that certain EU court cases due shortly for judgement were “worth watching” as they included arguments based on WTO law. He believed the WTO compliance dispute would most likely result in a negotiated solution.
Looking at other factors that could influence anti-dumping tariffs on fasteners, Mr Maniatis explored the potential for China to be accorded Market Economy Status in 2016, a change that fundamentally affects the calculation of anti-dumping duty levels. Interpretation of the wording of China’s WTO accession protocol in this respect differed and Mr Maniatis said the “situation was unclear” and eventually was most likely to be a political decision involving not just the EU but the US and other governments.
Save and share
More
Insight 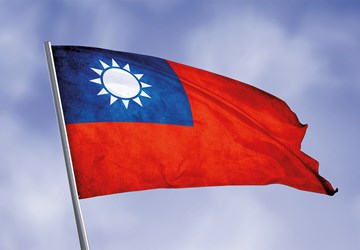 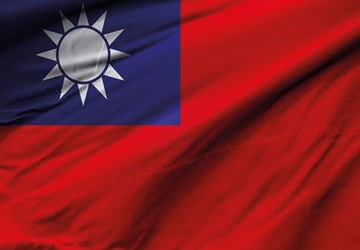