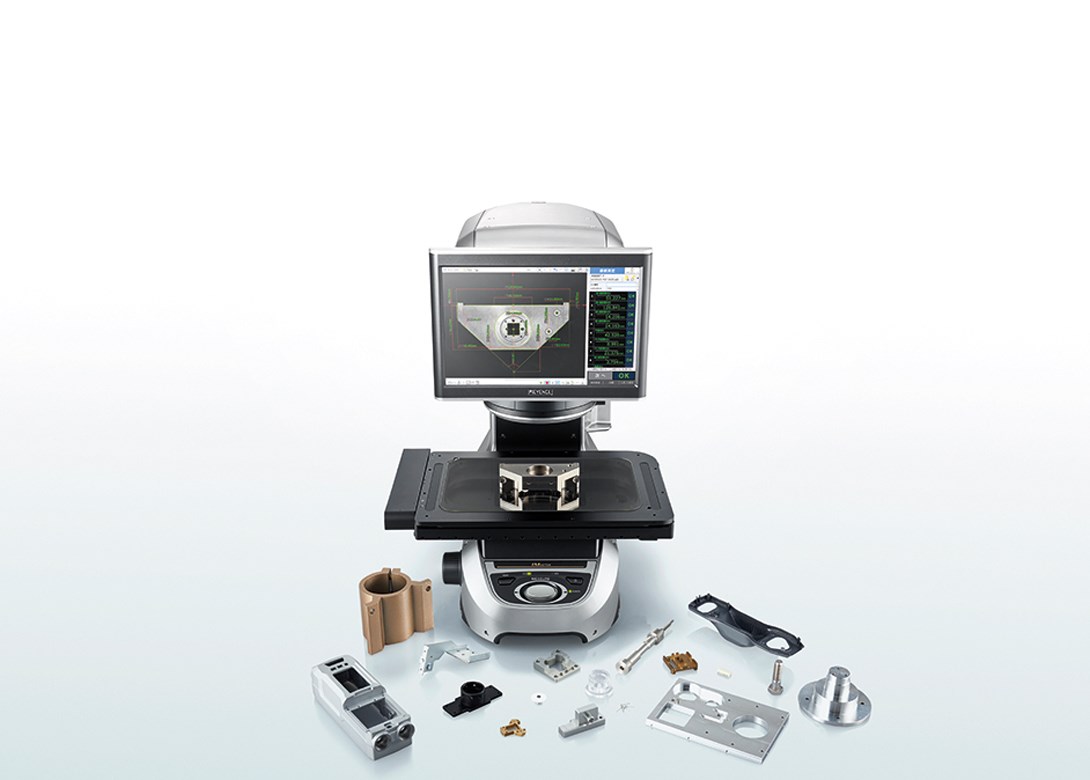 Measurement specialist Keyence (UK) Ltd has further enhanced its dimension measurement system range with the IM-8000, which it says delivers all the benefits of the acclaimed IM-7000 series but with even greater speed, accuracy and ease of use.

Boasting a rotary unit allowing 360-degree multi-surface measurement capability for both turned and machined parts, the IM-8000 is fitted with a 20-megapixel CMOS – more than three times that of conventional systems – as well as a new algorithm for stable edge detection. In addition to the newCMOS, the screen is now larger and features enhanced resolution.

As well as standard metrics, the  IM-8000 can perform a whole range of new measurements including symmetry, plane measurements, flatness, cylindricity, coaxiality and run-out – delivering new data visualisations including roundness graphs. This makes it suitable for parts with even the most complex geometries.

Able to measure more than 300 dimensions per part, the system starts to measure automatically as soon as the object is placed on the stage, which now moves at up to 80mm/s – twice as fast as the
IM-7000 series, which Keyence states is already significantly faster than most alternative systems – allowing even more rapid results. Highly precise dimensional measurements can be achieved in as little as 1 second.

The wide field camera now boasts single field of view accuracy of +/-3.9µm, compared with +/-5µm previously, with this camera and the high precision camera able to be used together in a single program.

No positioning or datum set-up is needed, meaning even inexperienced operators can get the most out of the system. Measurements can be rapidly set up with just a few clicks and it is equally simple to set up virtual lines and points. All of the specified dimensions can then be measured at the touch of a button, with focus automatically adjusted.

Measurement points are automatically identified, meaning the same measurement results are obtained each time, while automated focus adjustment prevents inconsistent values. Up to 100 parts can be measured simultaneously, which Keyence says drastically reduces measurement time when compared with alternative systems.

A highly intuitive programming procedure also enables quick and easy selection of the required measurement. Plus, an automated diagnostic function assesses the stability of each measurement point during programming, displaying any variations in measured items clearly and simply, making it easier and faster to create program settings.

Meanwhile, the automated measurement function can automatically detect measurement points on parts up to 300mm × 200mm (11.81 inches × 7.87 inches), even if these parts have not previously been measured. An integrated light probe can also measure features at specific heights.

Program files can be rapidly located on the system by placing the QR code from the inspection report on the stage. This ensures correct file selection even in the presence of multiple file types.

Ailsa Morrison, applications engineer for the metrology division at Keyence, explains: “Speed, accuracy and ease of use are the key attributes being sought from measurement systems by users – irrespective of the sector they work in. We have harnessed our measurement expertise to create a system, which delivers unrivalled precision but does not require extensive training to obtain the best results. We therefore anticipate strong demand for the IM-8000 from customers in multiple sectors and applications.”

Available options include an IM-specific calibrated graticule to allow users to perform their own verifications. Keyence customers also benefit from regular software updates and extensive aftersales support wherever they are located. 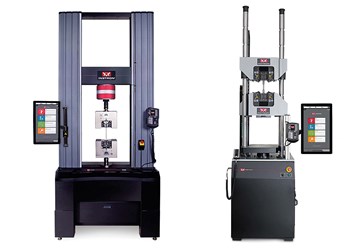