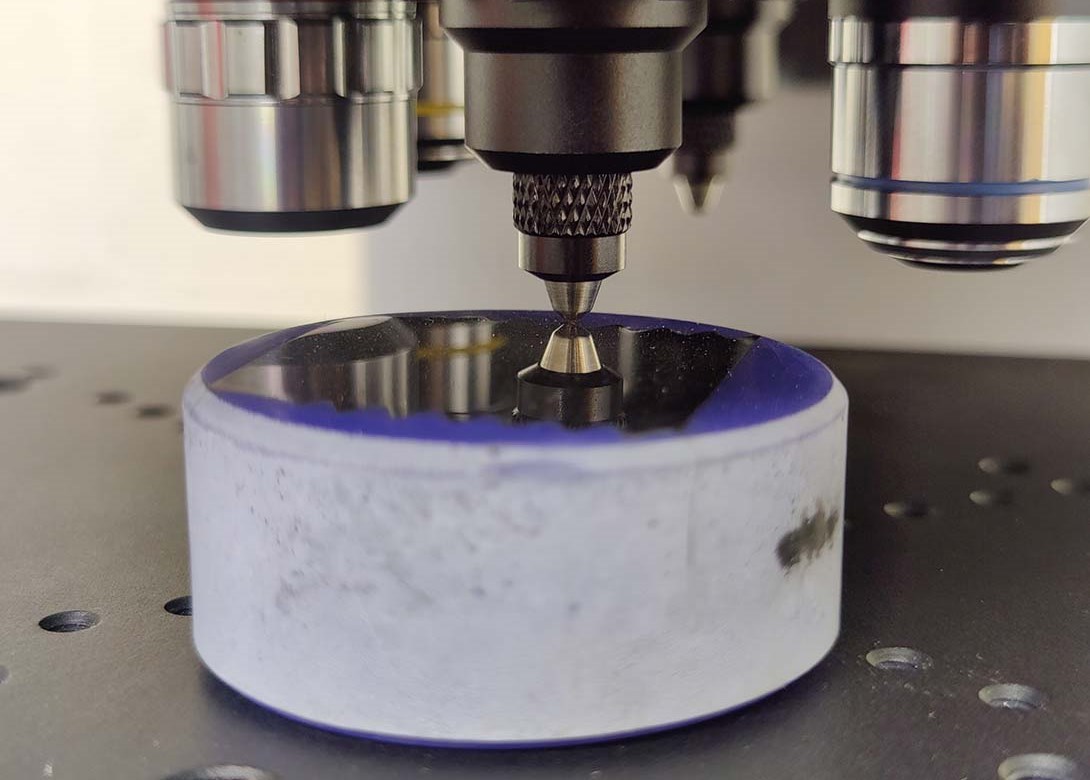 Here Sandberg, a provider of consultancy, testing and inspecting services for the construction industry, focuses on the hardness testing of fasteners and why it is an important step in the production process.

Fasteners, bolts and studs are universally important for everyday purpose. They are used in construction of complex machinery and equipment, as well as vehicles and buildings. Since mechanical stress is concentrated on these type of connection points, their integrity is extremely important and should be subject to strict safety requirements.

For fastener components that cannot be tensile tested, hardness testing is carried out to validate the heat treatment process and to ensure the hardness does not exceed the permissible maximum hardness for that grade. Hardness testing can be completed on a suitable surface (head, shank or end) and/or on a transverse section through the threaded region.

Hardness testing can be carried out using Vickers, Brinell and Rockwell hardness in accordance with BS EN ISO/ASTM standards. Vickers hardness testing involves a diamond indenter in the form of a right pyramid, with a square base, forced into the prepared surface of a test piece followed by measurement of the diagonal length of the indentation left in the surface after removal of the test force. 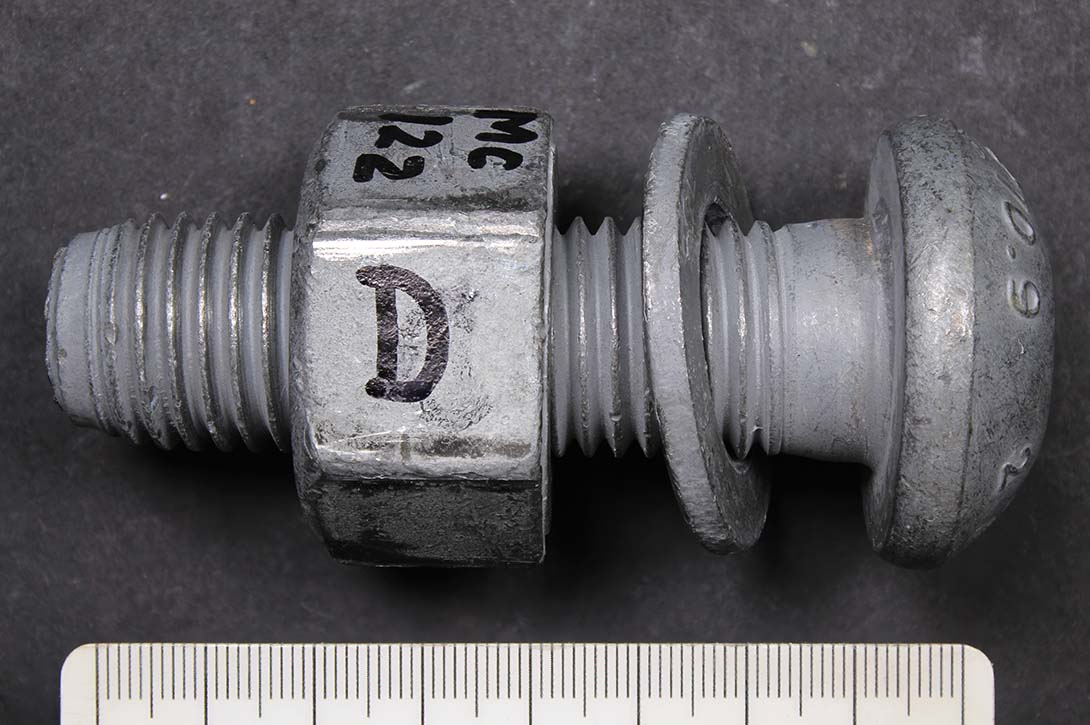 The following hardness tests are normally carried out on fasteners in accordance with BS EN ISO 898-1:2013:

Hardness testing should be carried out on the flat surface of the head, shank or end of the fastener after removal of any plating/coating and after suitable surface preparation. For core hardness, a transverse section (1d) back from the end of the thread should be suitably prepared and hardness carried out within the half radius area. A minimum test load of 10kg (98 N) for Vickers hardness testing should be used to determine the surface and core hardness.

During the heat treatment process, a thin layer of carburised layer, which is hard, or a thin soft layer that may reduce strength, may develop on the threaded region. Carburisation and decarburisation assessment can be carried out on a metallographic section through the threaded region. This involves a longitudinal section mounted in an appropriate resin to preserve the edges, then through a series of grinding and polishing stages before hardness testing is carried out.

Carburisation testing is to confirm that the fastener conforms to the desired hardness specification and that the maximum hardness is not exceeded. This test is carried out on the threaded region around the pitch line approximately 0.12mm from the surface. A highly carburised region results in surface embrittlement, which subsequently decreases the fatigue resistance. 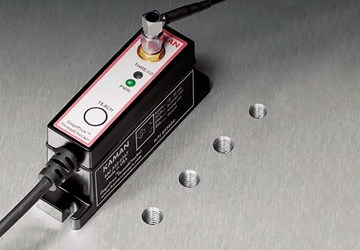 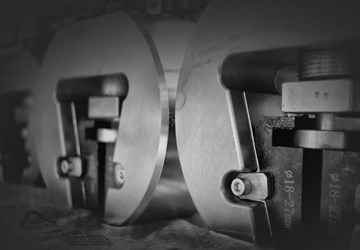