In November, to celebrate the 50th anniversary of HECO-Schrauben, journalists got an exclusive look behind the scenes at the production facilities at the Schramberg-based screw specialist.

As part of this event, guests were taken on an exciting journey of discovery into the past and future of the company by the two CEOs Stefan and Guido Hettich, together with Ulrich Hettich (head of research and development) and Andreas Hettich (head of product management and marketing).

HECO-Schrauben has its origins in a time when Schramberg was gradually developing into a centre for the clock industry and precision mechanics. The company began in 1888 in the bedroom of great-grandfather Karl Hettich. 1967 saw the detachment of the screw division from Franz Hettich KG and its transformation to Ludwig Hettich & Co. Schraubenfabrik. The company is still developing today, with HECO expanding the production capacity in the timber construction product area in 2017.

“The continual developments, high application capabilities and the quality of the screws have made HECO a go-to brand for professional trades,” explained Stefan Hettich.

In recent years, the family company has introduced a number of different innovative products in the area of fastening technology. In addition to the HECO-FIX-plus universal screw and the MULTI-MONTI-plus screw anchor, these innovations also include the HECO-TOPIX for timber construction and the HECO-UNIX full-threaded screw with contraction effect.

“Thanks to these products, HECO is now one of Germany’s most important and most innovative screw manufacturers,” sums up Ulrich Hettich.

HECO has always relied on growth from its own resources and its corporate management is geared to long-term thinking and action. That is why the company is continually investing in the modernisation and expansion of its factories and markets. “Key growth investments over the past ten years included the establishment of a second production site in Câmpia Turzii, Romania, and the construction of a state of the art logistics centre at the Schramberg site,” says Guido Hettich.

Extended production depth thanks to cooperation with SFS

The developments on the European market have lead to a strategic partnership between HECO-Schrauben and the Swiss company SFS intec. From now on, SFS screws will also be produced at HECO too. “Thanks to the merging of our largely complementary product lines in the area of fastening technology for timber construction, we are now able to offer our customers an even more comprehensive range of products,” Stefan Hettich explains.

“From as soon as early this year, we will be presenting new products such as the HECO wing-tipped drilling screws, which have come about as a result of this cooperation,” adds Andreas Hettich.

HECO created the right conditions for this cooperation, with the production facilities in Schramberg being converted so that additional SFS machines could be put into operation.

Expertise, practical knowledge and a successful end to the day

After the tour of the production facilities, the numerous media representatives visited the logistics centre, the practical workshop, the testing laboratory, and the application consulting area. An entertaining talk by historian Carsten Kohlmann on the history of the town of Schramberg and a group dinner in the historical atmosphere of the Villa Junghans hotel provided the perfect end to an eventful day. 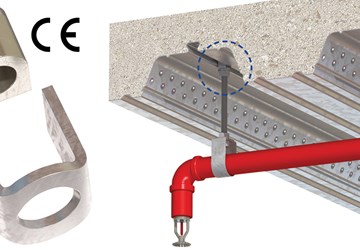 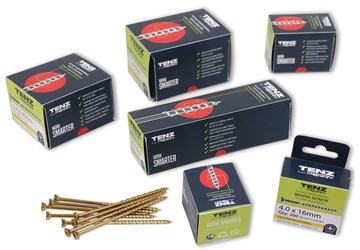