Technifast has provided innovative fixings to Team Britannia to support a world record attempt for the fastest powerboat to circumnavigate the globe.

Technifast manufactured the fixings and inserts to secure Team Britannia’s massive inflatable tubes to the outside of its boat on the team’s round the world record attempt. The fixings and inserts have been specifically developed to enable the fitting of the two white tubes, which each weigh around 250kg, to the side of the boat without the need for a large number of people. This is important as should either tube be damaged during the 23,000 nautical mile record attempt, the crew needs to be able to replace the tubes without putting the vessel into a dry dock.

“We encountered an issue attaching our two huge inflatable tubes to the port and starboard sides of the boat. The hull of the boat is constructed from 6mm aluminium plate, and the fixing plates for the tubes required M10 bolts to be used,” explains Alan Priddy, Team Brittannia’s skipper. “Tapping directly into the aluminium hull with M10 bolts would not be strong enough, as the softness of the aluminium material coupled with the constant slamming of the boat, would pose a risk of the bolts stripping the threaded aluminium and pulling out. If that was not enough, we needed a fitting that would allow the crew to remove and replace the tubes without having to take the boat out of the water.”

After conversations between Alan and Technifast’s senior engineer, John Garner, a design was finalised for an insert, which would increase the holding strength in the aluminium, but still allow the M10 fixings to be used to hold the two tubes in place. Crucially, it gave the option to release the tubes quickly in an emergency and for easy replacement.

“As soon as it became clear what Team Britannia were attempting to do we were delighted to offer our services and support them as a partner in this record attempt,” comments John Garner. “The new design uses a larger metric external thread to give more surface area and better grip. We also removed all undercuts and extended the exterior thread length to ensure that every available millimetre of the insert will provide hold to the relatively thin and light hull of the boat. The increased strength also means that the inserts only need to be installed at 750mm intervals over the length of the boat, along the top of the hull, with the holding plate bolted on. The tubes can then be attached and removed with relative ease.” 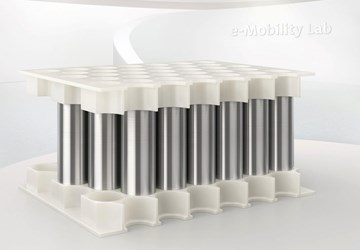 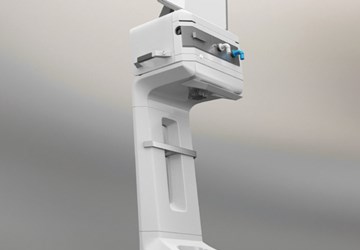